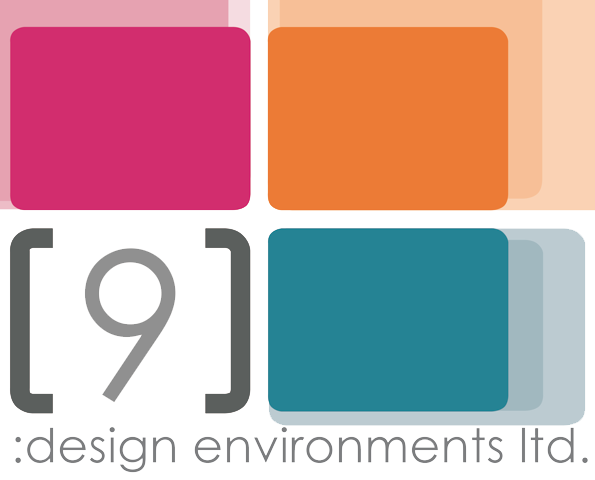 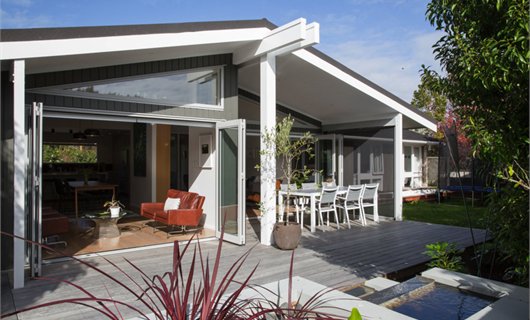 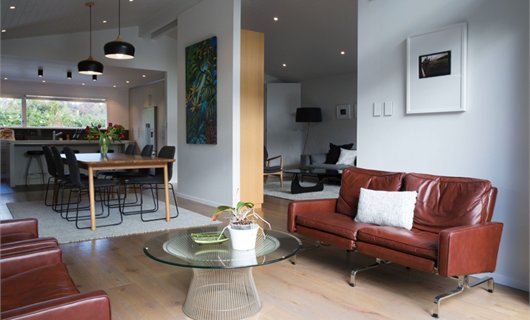 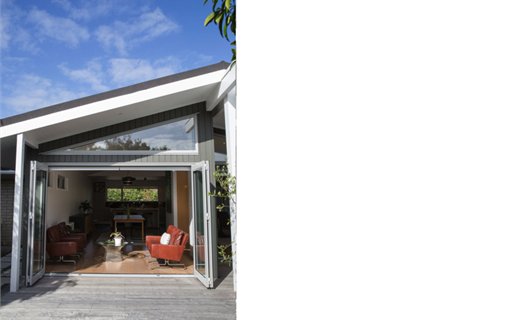 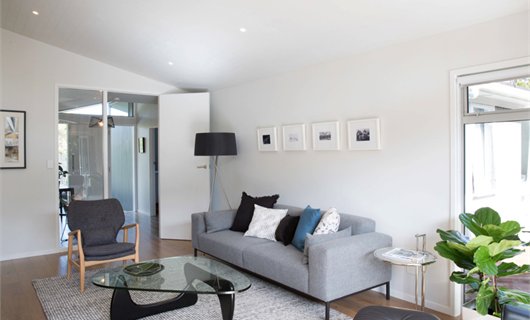 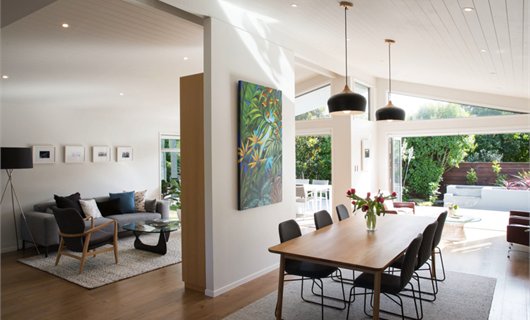 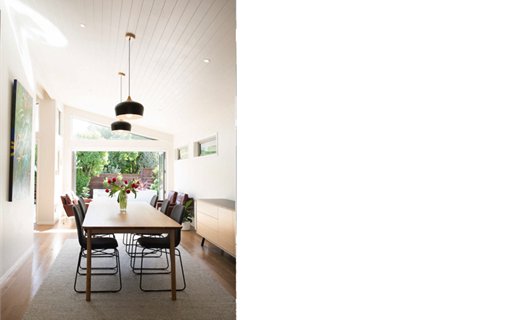 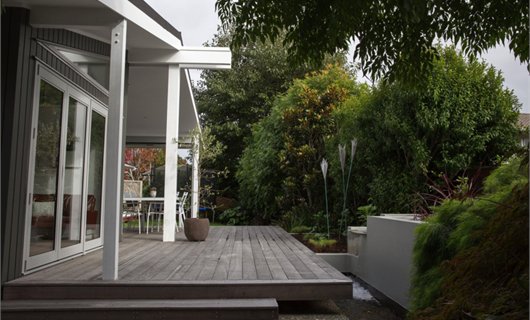 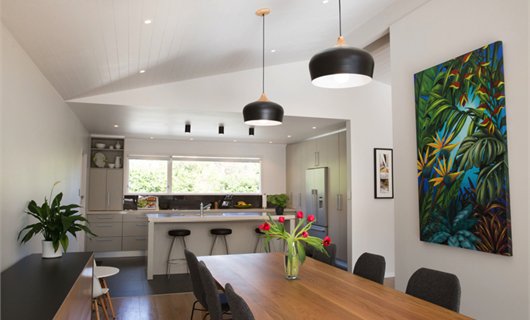 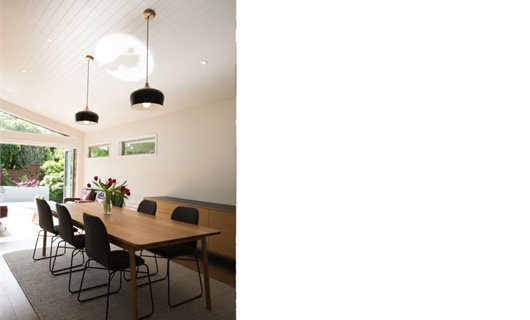 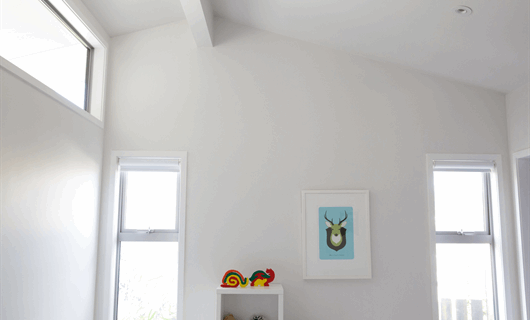 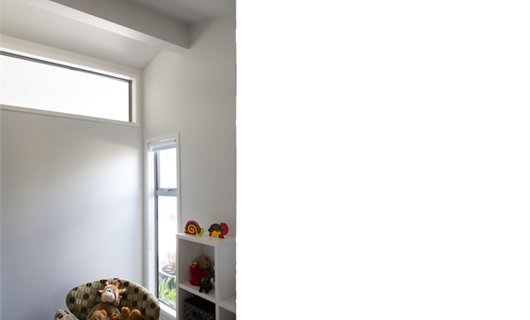 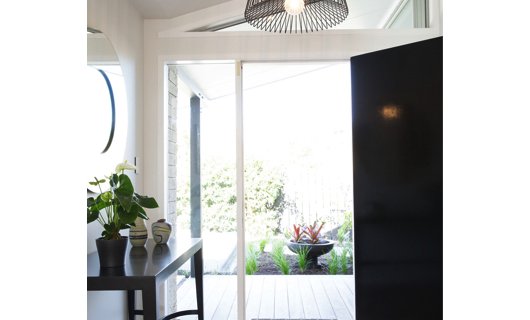 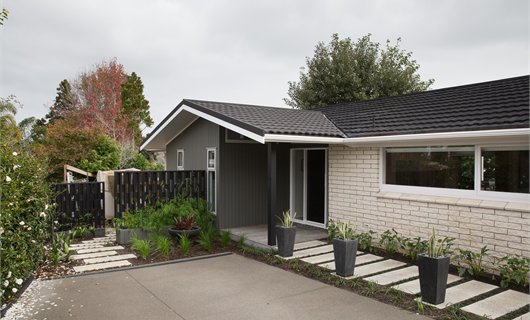 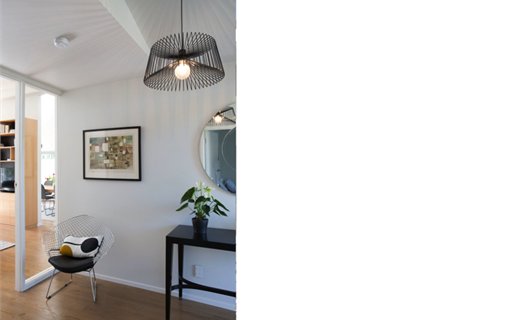 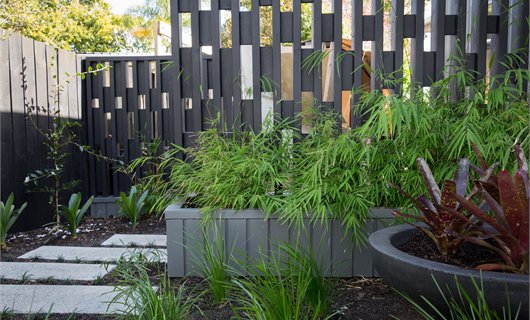 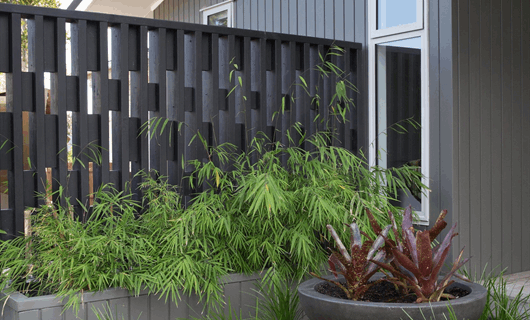 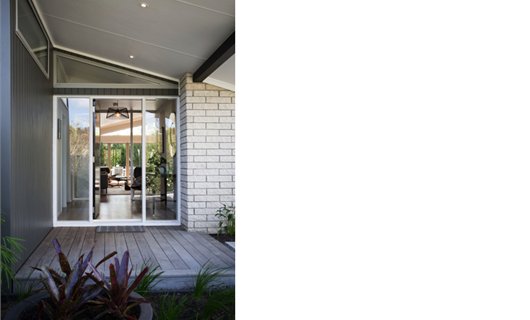 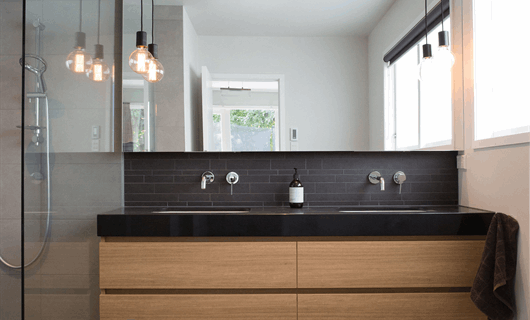 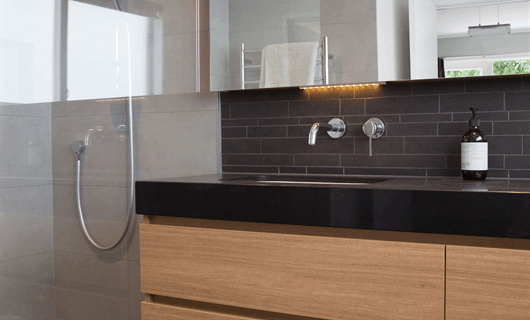 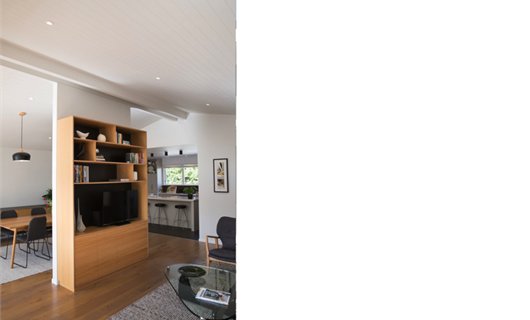 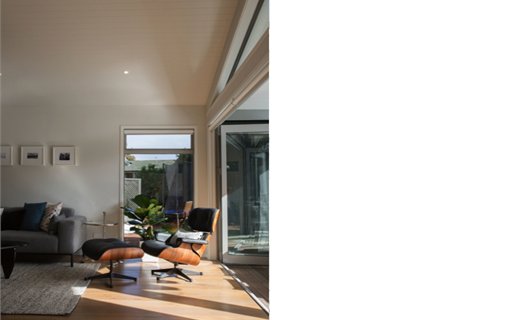 The initial client brief included strong ideas about renovating and extending within the mid-century aesthetic. Creating a sense of arrival as well as privacy for the front bedroom was a priority. An existing water feature and garden area on the northern part of the property were difficult to access from the living spaces and often subject to shading with strong winds.

Early discussions centred around changing the roof to capture northern sun and extending out to the existing northern garden. Exposed beams, a low-pitched roof and large, triangular windows were designed with client-supplied photographs of 1970s architecture.  The new roof over the front bedroom matches the building and formalises the entrance.  A new master ensuite replaces relocated laundry and service areas. Complimentary screening elements and paving uses the mid-century aesthetic to blur the lines between exterior and interior.